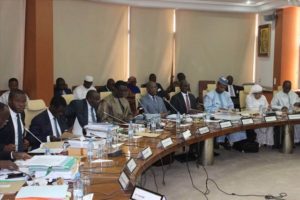 The total balance sheet went up by 17.2% to stand at XOF2,653.295 billion as against XOF2,263.357 billion at the end of the previous year. The Bank maintained a balanced financial structure throughout the financial year, particularly with effective equity capital amounting to XOF655.810 billion and representing 25.5% of the total balance sheet excluding unpaid-up capital.

Over the years, the Bank has gained international recognition and enjoys the full confidence of its partners and investors because of the quality of its rating. These Baa1 and BBB “investment grade” ratings were successively confirmed in 2016 and 2017 by Moody’s and Fitch Ratings.

These results reflect the Bank’s sound financial position, consistent with its objective of becoming by 2020, a “solid development bank for the economic integration and transformation in West Africa”.