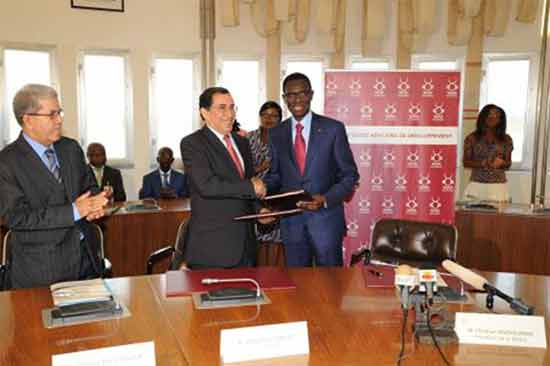 Lomé, 7 May 2015. Mr. Christian Adovelande, President of the West African Development Bank (BOAD) signed a financing agreement with Mr. Abdelaziz Khelef, Director-General of the Arab Bank for Economic Development in Africa (BADEA). Under this agreement, BADEA provides to BOAD a credit facility of US$20 million, or about XOF12 billion.

These funds will enable BOAD to finance imports of goods by the WAEMU member countries from Arab countries. “This facility will contribute to enhance BOAD’s support to short-term financing and help improve business competitiveness in WAEMU countries” said Mr. Christian Adovelande.

Mr. Abdelaziz Khelef believed that “this operation is further evidence of the interest shown by BADEA in promoting trade between both Arab and African regions”.

A third credit facility of US$15 million by BADEA is currently being negotiated for funding SMEs in the WAEMU region.