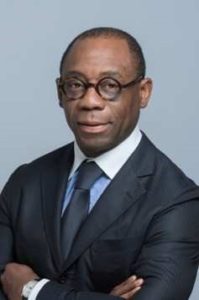 BOAD, the development finance institution of the eight WAEMU member states, all parties to the United Nations Framework Convention on Climate Change (UNFCCC) and the Kyoto Protocol, endorses the concerns raised by climate change. The fight against climate change has become a major imperative for the economic and social development of Africa, especially the West African sub-region states which are particularly vulnerable, due to the fact that their economies are highly dependent on the exploitation of local natural resources which makes them much sensitive to climatic phenomena. BOAD has been able to establish an analysis of the major environmental and climatic issues, whilst integrating future paradigms of sustainable development, but above all transformational ones that could benefit the WAEMU states, both on the adaptation and mitigation to climate change.

In its Strategic Plan (2021-2025), BOAD renewed its commitment to build the resilience of its member countries to climate change and promote green growth taking into account the Sustainable Development Goals and the Paris Agreement. WAEMU countries are faced with huge funding needs for climate change mitigation and adaptation, calling for a higher ambition in mobilising climate finance to meet the pressing needs of member countries. For that purpose, BOAD has been accredited to the Green Climate Fund (GCF) since 2016 and got three projects approved with GCF to promote solar energy in the WAMEU region through the following projects: i) ASER Solar Rural Electrification Project (2020), ii) the Program for scaling-up Private Investments in the Solar Energy Sector (PPIPS) in West Africa (2019), and iii) the Solar Rural Electrification Project (PERS) in Mali (2019).