The Chairman of the WAMU Council of Ministers has announced the appointment of Mr. Serge Ekué as President of BOAD 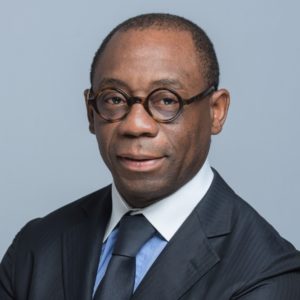 Lomé, 18 August 2020. Honourable Minister Sani Yaya, in his capacity as Chairman of the WAMU Council of Ministers, has announced in accordance with Article 24 of BOAD Articles of Association, the appointment of Mr. Serge Ekué as President of the West African Development Bank (BOAD) by the Council of Ministers, for a term of 6 years. Prior to his current position, he served as Natixis Senior Country Manager in the UK and Head of Global Markets for Europe, Middle East and Africa (EMEA); and also as Head of Corporate Banking, Africa and Russia Department.

This appointment follows a favourable opinion from the WAEMU Conference of Heads of State and Government upon proposal by the highest authorities of Benin, according to applicable rules and regulations within the institution. Mr. Serge Ekué is taking over from President Christian Narcisse Adovelande, who was appointed on 8 February 2011 and reappointed in February 2014 for another term of six years, which has drawn to a close.

While expressing its heartfelt thanks to the outgoing President for his great contribution to the good results and achievements of the institution throughout his tenure, the WAEMU Conference of Heads of State and Government and the Council of Ministers heartily congratulated him for his entire career at BOAD, which began forty years ago.

They further expressed their most sincere wishes of success to President Serge Ekué, who is due to assume office on 28 August 2020.